Tusker FC midfielder Michael Madoya is optimistic his display in the 9-0 win over National Division II side Mihuu United in the Football Kenya Federation Shield Cup on Sunday will give him more chances in the forthcoming assignments.

The former Zoo FC player captained the Brewers and hit a hat-trick, with other goals coming from Luke Namanda – who scored a brace, Henry Meja, George Odhiambo, Charles Ashitiva, and Apollo Otieno. The creative midfielder has further explained how it felt winning by a bigger margin to advance to the round of 32.

“It was a great feeling because this is something that everyone looks forward to and that is what I have been working on in training,” Madoya said as quoted by the club’s official portal.

“I was very pleased to score and help the team.

“Captaining the team was also a great honour for me also in the sense that we had the biggest scoreline of the weekend. This is a huge motivation for me moving forward because I believe things will now fall into place.”

The midfielder has been used sparingly by the 11-time league champions recently. However, being out of the team for long has done little to demoralize him.

“It was a very challenging period being out without playing because everyone wants to contribute to the team and when you don’t get a chance, it affects you,” Madoya continued.

“But I did not lose my morale and I kept working and being patient because I knew my chance would come. These are always trying times for a player but the best thing always is how you pull yourself out of the situation.”

Madoya has now set his sights on helping the Robert Matano-led charges go all the way and win their fifth Shield Cup.

“I believe we have the capability to go all the way to the final and lift the Cup. We have the depth and everyone is working hard to ensure that we succeed this season.”

The Ruaraka-based charges are also aiming at winning the Football Kenya Federation Premier League this season. They have been consistent and currently lead the standings with 26 points from 11 games. 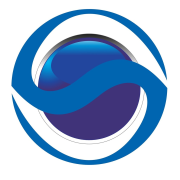 With Product You Purchase

After all is said and done, more is said than done

The Future Of Possible